A short, to the point, helpful course in order to quickly get to grips with supporting someone with Autism

This training course will cover:

When you attend this course, you will learn what autism is (according to the Mother of two young adults with Autism) and how it affects their children or students in the learning environment.

You will learn ways to help support your pupils, to attend, to organize and to communicate when they need help utilizing simple and affordable techniques such as picture schedules, token rewards, and visual aids. 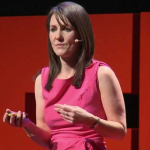 Training is presented by Lisa Domican, co-creator of Grace App and mother of Liam and Gracie Domican who both have autism. As a parent, Lisa has had 14 years experience of raising her children with autism and has been attending courses and studying evidence based interventions for the last 10 years. As a mother, Lisa fought to understand her initially non-verbal son Liam, and learned to interact with him using the things he liked most. It was the introduction of a simple picture exchange system that prompted Liam to begin imitating and attempting to say the words on the cards he used to make requests.

However, using the same picture exchange system, Lisa was able to prompt Gracie to begin requesting what she wanted with pictures but unlike her brother, Gracie did not begin to develop speech until she was almost 8 years old.

It was Gracie’s complex picture vocabulary that inspired Lisa to create the Grace App as she wanted to keep prompting Gracie’s independent vocalisations and reward her social interaction.

Having created and launched The Grace App on iTunes in March 2010, Gracie’s personal communication development has improved vastly through consistency of use, and the ability to control her own vocabulary by taking and adding pictures via the app.

It is this personal experience that has inspired Lisa to ensure that everyone, regardless of diagnosis or disability, should be given the right to say what they want.

NOTE: You will need to complete the reflective practice module and upload your file in order to obtain your attendance certificate.

Suggested Follow On course: Supporting someone with ASD in the Classroom